Now that I’m back from a (very long) reading slump, I’ve begun sorting through which books I want to get through this year, and as always, I’ve been focusing a lot on including books by diverse authors about diverse characters. So this will be a start of a series to highlight these books and their amazing writers. In this part, I will be focusing on recommendations of upcoming book releases by Asian authors (in order of release!) As you will see, they are stunning to look at and I’m sure the story itself will be equally as beautiful.

This YA historical fiction/mystery follows the story of Hwani, who alongside her sister, went missing and was found unconscious near a crime scene years previously. Their only memory of their captor was that he wore a white-painted mask. After fleeing their hometown and hopefully the traumatic memory of the event, Hwani’s father, Detective Min, soon learns that thirteen girls also vanished under similar circumstances but before he can solve the case, he, too, disappears. Desperate to find her father and solve the mystery, Hwani returns back home and reconnects with her sister but she must focus on her own memory in order to find out what really happened all those years ago.
Goodreads

The Ones We’re Meant To Find by Joan He
(Release Date: May 4th)

Graced with a cover I just want framed on my wall, this YA sci-fi/fantasy/mystery/thriller (something for everyone) follows Cee who awoke on an abandoned island three years previous. With nothing to her name but a rickety house, Cee has nothing apart from an old android and a single memory of a sister she must find. Kasey is a STEM prodigy who wants to escape and only Earth’s last unpolluted city will grant sanctuary. However, with the eco-city unwilling to help refugees, Kasey will have to decide if she is ready to use her knowledge to help humanity. This has been recommended for fans of Black Mirror so consider me intrigued!
Goodreads

Luck of the Titanic by Stacey Lee
(Release Date: May 4th)

This YA historical fiction is, of course, based around the story of the Titanic but instead follows twin British-Chinese acrobats travelling aboard the ill-fated voyage. It is 1912 and Valora Luck has quit her job and smuggled herself onto the ship to reunite with her twin brother, Jamie. Not only that, but her dream is to convince the owner of the Ringling Brothers Circus to take on both her and Jamie. However, after two years apart, Val is unsure if Jamie still shares the same goals as her. When the disastrous night occurs, the twins find themselves in a race to survive. Inspired by the recent discovery of six Titanic survivors of Chinese descent, this is a must-read this year.
Goodreads

“A stressed zillennial lesbian fights gods, ghosts, gangsters & grandmas in 21st century Penang.” Are you sold yet? This fantasy tells the story of Jessamyn Teoh who is closeted, broke and moving back to Malaysia after being away since she was a toddler. When she starts hearing voices, she blames it on stress but when the only voice she can hear is of her estranged grandmother, Ah Ma, Jessamyn begins taking it a bit more seriously. Ah Ma was a spirit medium and an avatar for the mysterious deity, Black Water Sister and now she intends to use Jessamyn to get revenge on a gang boss who offended the god.
Goodreads

The beginning of a trilogy, this adult, own voices, fantasy sounds like everything I’m looking for right now. It is set in a world inspired by the history of India and focuses on Malini who is imprisoned by her dictator brother. Trapped in an ancient temple that was once the source of magical waters, Hirana is now nothing but ruins. However, fates become entangled when Malini’s maidservant, Priya’s secret is discovered and together the princess seeking to dethrone her brother and the priestess seeking her family, come together to change the future of their entire empire. I believe the pair sorta kinda fall in love too so what more do you need?
Goodreads

She Who Became the Sun by Shelley Parker-Chan
(Release Date: June 20th)

Ok, listen. I consider myself a fairly strong person but when I see a book described as ‘Mulan meets The Song of Achilles,’ I become very weak. Not only that but it is ‘a bold, queer, and lyrical reimagining of the rise of the foundling emperor of the Ming Dynasty.’ This is an area I don’t know a lot about so I’m even more intrigued to learn about it in this setting. Set in 1345 when China is under a harsh Mongol rule, the Zhu family’s eighth-born son, Zhu Chongba becomes destined for greatness. However, when the fate of nothingness is given to their second daughter, it doesn’t come as a surprise. When a bandit attack makes the two children orphans, it is Zhu Chongba that dies and so to survive, the second daughter steals his identity and flees to a monastery. Can she adopt her brother’s destined greatness as well as his identity?
Goodreads

When I saw this book was likened to the movie Pacific Rim, it took me approximately 0.2 seconds to add it to my TBR. This YA sci-fi novel tells the story of two girls on opposite sides of the war who must join together to fight for a common purpose – and whilst falling for each other. In a world with giant mechanised weapons known as Windups, Eris Shindanai is a Gearbreaker who specialises in taken down the monsters from the inside. However when one of her missions doesn’t go to plan, she finds herself in a prison where she meets Sona Steelcrest, a cybernetically enhanced Windup pilot. Despite Sona’s kind being Eris’s mortal enemy, Sona soon reveals that she has intentionally infiltrated the Windup program in order to destroy everything from within.
Goodreads

The Chosen and the Beautiful by Nghi Vo
(Release Date: June 21st)

After tearing myself away from gazing lovingly at the cover, I then turned my attention to screaming over the premise of a queer retelling of The Great Gatsby from Jordan’s perspective(!) This 1920s historical fiction fantasy details the life of Vietnamese-immigrant, Jordan Baker who has money, education and invitations to all the parties in town. She’s also queer, Asian, adopted and treated like somewhat of an oddity to her peers. However, Jordan lives in a world full of magic and wonders and she could just reach them all if she learned how to. Just give me the novel now, please and thank you.
Goodreads

*Tries not to mention every single cover and how beautiful they are.* To finish off this part, we have a YA fantasy following the story of Shiori, the only princess of Kiata, who has forbidden magic running through her veins. Usually adept at concealing her gift, on the. morning of her betrothal ceremony, Shiori loses control and although it helps her postpone the wedding, it also attracts the attention of her stepmother, Raikama. With dark magic of her own, Raikama banishes Shiori and turns her brother into cranes, warning Shiori for every word she speaks, one of her brothers will die. Now alone and without a voice, Shiori searches for her brothers and along the way, discovers a conspiracy to overtake the throne. With the help of her scorned betrothed, can Shiori embrace the magic she’s fought all her life to contain?
Goodreads

One thought on “Upcoming Book Releases by Asian Authors Part I”

Welsh and closer to thirty than I’d like to admit. A devourer of books, both fiction and non-fiction. Reviewer and all-round book pusher. A literary event chair and Crime Cymru Associate. And most importantly, a tattooed rocker. 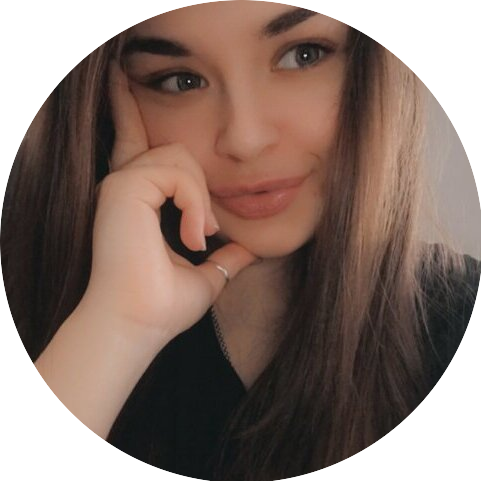 A Welsh twenty-something who spends my time reading, gaming or drinking copious amounts of tea. When I’m not studying, I’m delving in to fictional (and sometimes non-fictional worlds) and make it a mission to uplift marginalised books and authors.